For the past few years, the beloved southern city of Austin, Texas, has enjoyed making headlines as the No. 1 Best Place to live in America according to U.S. News and World Report. Austin, Texas, offers many of the most appealing qualities that people look for when shopping for places to live. A few highlights of the city include a strong job market, a thriving music scene, great food, and an enviable quality of life that bigger cities struggle to offer.

It should come as no surprise then that Austin, Texas is also home to many famous people from all walks of life. While you would be forgiven for assuming that such celebrity “endorsements” of the state would mean higher prices all around, Austin, Texas, seems to be an exception to the rule.

In fact, a recent Forbes article highlighted the fact that living in Austin, Texas, means you pay no personal income tax and your monthly living expenses are still significantly less than in other major cities like San Francisco and New York.

Here are just a few of the famous people from Austin, Texas, that either fell in love with the city or never left it but certainly help enrich the cultural diversity of this quirky, yet laid-back city. 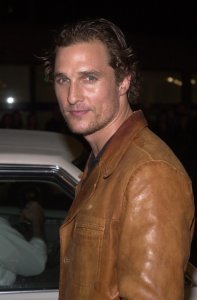 Matthew McConaughey was born in Texas, graduated from the University of Texas, and went from working in local television commercials to becoming one of Hollywood’s most recognizable and lauded actors. Yet, despite having made millions of dollars and traveling around the globe, Mr. McConaughey still calls Austin, Texas, his home.

In fact, he’s still a regular visitor at his old school’s football games and has frequently volunteered for many local organizations such as Meals on Wheels.

No celebrity-from-Austin list would be complete without a musician being listed on it. After all, Austin’s official motto is the “Live Music Capital of the World”. Few musicians are able to personify the quirkiness and diverse musical background that Austin, Texas, is known for like Willie Nelson.

Although he is most widely recognized as a Grammy award-winning musician and an actor, Willie Nelson is also an Animal Rights Activist and an Environmentalist. But just how beloved is he in Austin, Texas? Well, let’s just mention the fact that there’s an enormous bronze statue as a tribute to the living legend.

For this next entry, we’ll need to step behind the camera to take a look at the filmmaker responsible for some of the most successful and action-packed shoot ‘em up movies in Hollywood: Robert Rodriguez.

His expansive body of work began with low-budget films like “El Mariachi”, which went on to become a commercial success. The sequel, called “Desperado”, starred Antonio Banderas and Mexican actress Salma Hayek. Needless to say, the movie became a box office smash hit and propelled the careers of both actors into Hollywood’s elite.

Robert Rodriguez has not rested on his laurels and after a string of hits over the years, he continues being involved with exciting and innovative projects such as the interactive film experience, Alita: Battle Angel, which was recently released right in Austin, Texas.

It’s an exciting time to live in Austin, Texas as it offers countless amazing experiences and one of the most diverse populations found anywhere in the world.